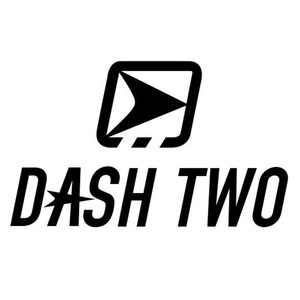 In an age of relentless, singular focus on the digital, DASH TWO flies between the tangible impact of outdoor advertising and wild posting, and the digital resonances these ads trigger in thousands of selfies. The digital and outdoor agency shows clients how to set up this virtuous echo from IRL to screen and back again, using ad techniques as old as the printing press and as fresh as the latest social app.

“Outdoor advertising is a big thing because it’s tangible. Digital is intangible,” says DASH TWO  Founder and CEO Gino Sesto. “With a social media post, you might see it or you might not. It comes and goes. People are sick of getting that call from their clients saying never saw their ads. A billboard on Sunset will be there for 28 days. They are two different things, a yin and yang, if you will.”

This yin and yang reinforce each other in today’s advertising environment. “What we do makes outdoor tie into social. We have had clients who just wanted to be able to post their wild posting or billboards on social media. That was their main goal,” Sesto recalls. “Even the models in these ads will go out of their way to take a selfie in front of their own picture. They want to get it up on social media.”

To get those perfect posts for clients, Sesto and his team can often be found driving down side streets and through dirt parking lots, scouting out sites to hang an eye-candy mural for a high-end apparel brand or for a European tech company’s big US debut. The next day, Sesto and his team might be hanging out with Playboy bunnies in full regalia, posting flyers in memory of Hugh Hefner, or with Janelle Monae in (chic) overalls, gleefully pasting up artwork from Dirty Computer (a recent success, and yes, Monae came out herself to help).

The mix of scrappiness and savvy needed to pull off this kind of campaign comes naturally to Sesto. He grew up obsessed with music, driving hours down California coast to Los Angeles regularly, just to catch a favorite hip hop or rock artist live. When he landed a job at Sony, he found his other passion: the deal. “I love the negotiation, working with the different parties to get the best value,” he explains.

He brought this passion into play at music companies and then in the agency world, until the Great Recession hit, and everything changed. He found himself out of a job due to downsizing and thought hard about what to do next. He drew inspiration from his grandfather, who grew up during the Great Depression and never forgot the meaning of a hard-earned dollar despite notable financial success. “He taught me the benefits of frugality,” recalls Sesto. “He wasn’t into fancy dinners or flashy cars. He watched what he spent and loved life.”

This ethos influenced Sesto’s own values as he went into business for himself. Tired of the opaque and shady sides of the ad and promo business, he decided that transparency and maximizing small budgets for big impact would be his guiding principles. He had arranged ads of all kinds at his past positions, but found more and more, his clients wanted billboards and other outdoor promo. Really, really wanted it. “You hear this from a lot of entrepreneurs,” Sesto says, “but when customers keep asking for something, that’s what you learn to do.”

Outdoor may sound easy--call a billboard owner, hang a bunch of posters on a wall. But not so fast. “You have to know the site really well, what’s around it, what impression it makes. Clients will often have an area in mind, sometimes down to the intersection, but then you have to figure out the logistics,” Sesto remarks. Wild posting can get competitive, bordering on cut-throat. DASH TWO has built relationships that run from major media companies to small shop owners in key places. These relationships mean large ad agencies frequently call on the boutique firm to help them implement a wild posting strategy.

The combination of expertise in the physical and digital realms sets DASH TWO apart. “Many of our competitors’ core is digital. They are more or less all social,” reflects Sesto. “I feel that’s a foolhardy way of approaching media because there is so much out there. For lots of brands and other clients, traditional media and social just aren’t working. This is why our outdoor business has tripled in the last year or so. People want to expand beyond social media.”

People are still engaging with outdoor ads, however, especially in unexpected places or at big, high-energy events like the Coachella Festival, where social media contributes to an outdoor ad’s impact. DASH TWO will create several site-specific large-scale ads, as well as get clients on more than a dozen well-placed billboards near the Polo Grounds. “For last year’s Lady Gaga mural, fans traveled to take photos,” Sesto notes. “It was out of the way, which was exactly what she and her team wanted.” It was a destination and an experience, the kind only physical ads coupled with digital media can create.